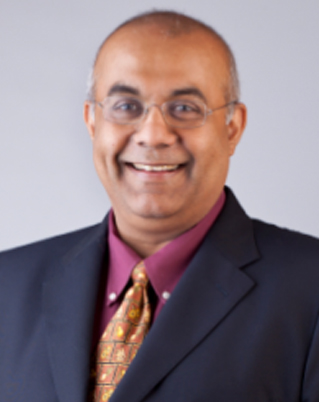 A man of many talents. “My ambition was to be a civil engineer. I ended up in medicine by accident”, says Prof Vicky. Civil engineering’s loss is the gain of medicine and neurosurgery.

Professor Vicky is one of the foremost neurosurgeons in the country, specializing in skull base, pituitary and endoscopic brain surgery. In the last 20 years, he has built up the most advanced, subspecialized Neurosurgical Unit in Malaysia.

Prof Vicky was born and grew up in Kuala Lumpur, completing his medical studies in the University of Malaya, graduating top of his class with a gold medal in the final exams in 1990. He went on to ace his FRCS exam within 4 years while doing rotations in orthopedics and general surgery in Muar General Hospital. He was back in GHKL in 1994 and joined the growing Neurosurgery team there. He completed his neurosurgical training in Addenbrooke’s Hospital, Cambridge in 1999 when he acquired his FRCS (Neurosurgery) qualification.

Back in KL in 1999, opportunity came knocking when he was asked to set up his own Neurosurgery unit in the University Hospital (UMMC). Taking a huge leap of faith, he quit the Ministry of Health and joined the Faculty of Medicine in UM in 2001.

“The last 20 years has been quite a rollercoaster ride….and I don’t regret one minute of it”, says Prof Vicky. Starting out with a one man team, no designated neurosurgical wards, and shared equipment, the neurosurgical unit currently boasts of 8 Consultants of various subspecialities, a 16 bedded Neuro intensive Care and High Dependency Unit, a 26 bedded ward, and 2 of the most advanced Neurosurgical operating suites in the region. He was elevated to a full Professor in 2007, in recognition of his academic and research activities.

The results of these innovations in administration were clear to see. The Department of Surgery was one of the most successful and enthusiastic departments to implement and run the new UMMP program. The number of research papers increased tremendously within the department. And a new postgraduate programme, the Masters of Neurosurgery, was added to the roster of programmes offered by the Department of Surgery.

All this was done within a short stint of slightly more than 2 years, as a new challenge came calling. Prof Vicky was offered the post of the Medical Director of the private wing of the hospital, UM Specialist Centre, to help rejuvenate this important component of the UM medical services eco-system.

While attending to the important duties of a Professor and a Neurosurgeon, Vicky never lost sight of his first love of Technology and Engineering. His research philosophy has always been about making neurosurgery simpler and safer for both patients and surgeons. This has led to the invention and development of tools and devices for general neurosurgery, base of skull surgery, and minimally invasive neurosurgical endoscopy. He was the co-founder of a University Tech startup – ‘Centre of Biomedical and Technology Integration’ – which has produced cranial implants, 3D printed models of the brain and head for teaching, and medical information organization and communication devices. The company, under the direction of Vicky, has recently embarked on an ambitious project to enable safe, distant teleconsulting and medical teaching via Medcom Glasses. He has also developed minimally invasive tools to perform safe surgery within critical brain corridors.

Education does not stop with age or time. In keeping with this adage, Prof Vicky recently completed and successfully defended his PhD earlier this year.

Professor Vicky is currently a Professor of Neurosurgery, Head of the Business Unit (UM), Director for the Centre of Biomedical and Technology Integration, and a surgeon-mentor to many aspiring and upcoming surgeons.